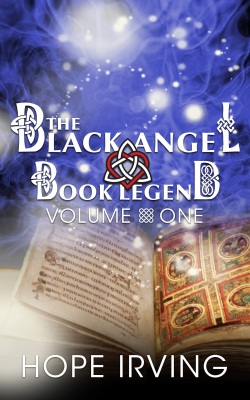 Only a madman would put a monk and a witch together. That was then, in 9th century Ireland. When the head of The Abhayam employed my calligraphy skills to craft a book of spells that only Deirdre could master, the Black Angel Book was born. Its coveted secrets sealed our fate. To save us, she cast a spell that would endure the ages. She can’t remember. I’ll never forget. Fallen from grace, our souls wander from one life to the next until we recognize each other. Again.
This is now, in a free-spirited part of Cape Cod. I’m a mere shell of the man that once fought for the woman he loved. I don’t know what she looks like, but her soul yearns for mine. My faceless soulmate has haunted my dreams for so long that when she shows up at my summer seminar, I hesitate. She has no idea the danger she’s in. She has no idea the lengths I’ll go to in order to keep her safe. She has no idea the magic I inherited is both a gift and a curse. If I can rekindle her memory, she’ll regain her power, and together, we can make this legend a reality.
For eternity.

Only a stupid girl would question the summer obsession who helped her to feel again. Afraid of exposing her wounded heart to the wrong person, again. Afraid of risking everything for the wrong reasons. Afraid of admitting that her rational mind has been wrong all along.
Urban legend. Magical book. Destined soulmates. These make no more sense than my uncontrollable attraction to my teacher. Am I wrong to overthink my relationship with a man whose secrets threaten my sanity?
And just when I thought all hope was gone, a fun, hot, and willing knight in shining armor saves the day.
I never expected to be torn between two very different men. I never expected to follow my body’s lead. I never expected this summer in Cape Cod to be a game changer. Ever.

Only a heartless monster would disregard his sudden misfortune and continue to follow this path. The summer’s gone and so is the long-lost soulmate that he let slip through his talented fingers.
Perhaps my eerie secrets shouldn’t have stopped me the first time around. After all, the calligrapher-monk and his witch lover found a way, so why not us?
I’ve already overcome so many obstacles. I’ll do anything in my power to get her back. I fear nothing. Not the distance that I voluntarily put between us. Not the rival that she intentionally put in my way. Not the time that we’re unfortunately wasting.
She’s been offered a new life in New York, but that won’t stop me from showing her that appearances can be deceiving.
We may be apart for now, but our attraction is meant to be, so we’re inevitable. Right? 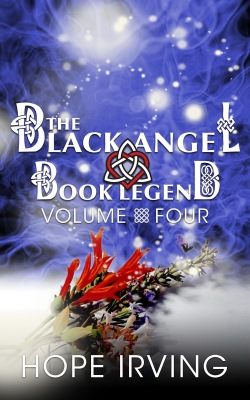 Only an ungrateful bastard would refuse to thank his lucky stars. Lucky that he fell into the lap of one of the most prominent members of The Abhayam. Lucky that his skills landed him a well-deserved life in New York. Lucky that he accidentally unearthed the person his organization has hunted for centuries.
Until my luck ran out when my first Thanksgiving party turned into a disaster.
The star-crossed lovers should have been punished long ago; the ones who host their souls need to pay. Nothing can stop me. Not them. Not my supposed father who taught me well. Not the serial killer and his ridiculous trademark bouquet. His threat to the lives of my fellow solders must be handled. I’ll show no mercy. I’m ready to up my game, prove myself, and figure out how to master the Black Angel Book’s ultimate spell. Once and for all.

Only a devoted monk would deny forbidden feelings that conflict with the God he serves. He would not obsess over a woman. He would not seduce. He would not reveal unbelievable truths.
Good thing I’m not that monk anymore, although I do host his bewitched soul. Oddly enough, my best friend and my stubborn girl become suddenly inseparable on a Parisian trip that proves fruitful. They help each other cope with a painful reality. She helps him evolve into a better person without realizing it. He helps her jumpstart her memory, opening her eyes to lies that she formerly embraced.
Thanks to an extra push from a dreamcatcher, her true nature is strengthening gradually, making my rightful claim clear. Nonnegotiable.

Only a rookie witch would attempt to turn her dreams into reality. Like training in secret to push the boundaries of her gifts. Like causing the man of her dreams to appear out of thin air. Like making traitors pay for their misdeeds.
The dreamcatcher has opened my mind to a new reality that my rational side would never have suspected. As for my awakening gifts, some would call them a miracle. Others would call them a curse. I’m undecided.
Interpretation of good and bad is a simple matter of where you stand. I stand tall. I stand proud. I stand happy. So, for your own good, you’d better not stand in my way! Got it?

Only an unusual cat would know that having multiple lives is no a myth. Myths are meant to be read about, not experienced. Myths are filled with boundless hope and insane dreams. Myths are what spur believers forward.
Well, believe me, plenty of myths are part of your reality. Witchcraft. Spells. Warlocks. This was my reality, once upon a time, until I was trapped within a foreign body centuries ago., I’ve learned to tinker with my magic until I find the right people… And I think I just did. The many lives I’ve lived and the vast knowledge I’ve gained will pay off. At last.

Only the darkest soul would seek limitless power. Revenge. War. Cast the spell of eternity. Centuries later, it’s time to play again. Some pawns changed. Some remained. Others are back from the past. Now is the time to pick a side…
As life throws me curveballs, I struggle with my choices. Owning my forgotten gifts taught me that I was a queen, indeed… but which kind?
My journey proved that the infamous urban legend was truer—and closer to home— than I’d ever anticipated. I cannot allow the Black Angel Book to fall into the wrong hands. If an ancient spell between star-crossed lovers defines my present, I’ll learn to master it so I can shape my future with the man I love. Forever… or not.

Hope Irving lives in Paris, France, with her supportive husband and creative teenage
daughter. The French indie author spent a couple of years in Texas, where she earned her MBA. With many friends, relatives, and readers in the States, the US has a big place in her heart. Although French is her mother tongue, she chose to write her novels in English because it simply feels right for her characters.
Hope’s suspenseful and complex love stories are modern fairytales that feature an unconventional Prince Charming and a headstrong heroine. A natural introvert, she enjoys tormenting her flawed characters with a hint of darkness and sometimes magical elements. Still, her heart melts when love conquers all.
Her work has been described as “genre-defying,” “refreshingly unique,” and “an intriguing rollercoaster read.”
Learn more about Hope’s life in Paris, her love of multi-layered, swoon-worthy heroes that don’t play by the rules, and her book-loving world on her website. To keep up with all the latest, follow Hope on social media or join Hope’s mailing list for exclusive book information and great deals.