Blurb
In Paris, he was abandoned as she created a masterpiece.
In New Mexico, she found inspiration all while he
couldn’t write a single lyric.
In New York, he was given an ultimatum just as she
ignored her agent’s emails.
In Colorado, everything changed.
Zona Carver finds inspiration for her novels in unlikely
places, but when she decides to go see Sebastian March in concert, she doesn’t
expect to inspire him. On a whim, he asks her to go on tour, but
Zona has a complicated past with the music business and returning to her old
life leaves her feeling uncertain.
Before she can worry about the consequences of her actions,
she’s packing up her entire life and hopping on a bus with Sebastian.
City by city, words are written, and memories are made, but
the past has a pesky way of catching up to you.
What happens on the road, doesn’t always stay there, and
hopefully they can survive the wild ride.
ADD TO GOODREADS 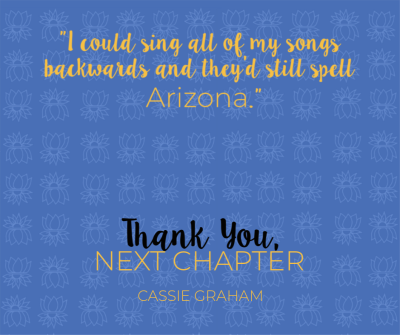 Excerpt
Sebastian clutched my hand with a tougher grip, his
concerned eyes turning a deeper shade of brown, nearly onyx. “Your bravery
astounds me.”
My eyebrows crinkled and I looked into his eyes, searching
for his own lie, but I came up short. “I’m not brave, Sebastian.”
He scoffed, his other hand settling on my hip. The air
around us grew dense with electricity, nearly suffocating me.
The euphoria from standing up to Lana and the passionate
gaze coming from Sebastian nearly sucked the life from my insides. I reveled in
it.
He released one of my hands and slowly reached for me, his
fingers lightly tracing my jaw. “You have no idea the impact you have.” He
stared intently at my neck, his eyes opening wide as I swallowed. His teeth bit
at the inside of his cheek just as his grip landed on my shoulder – kneading
his fingers into my goose bumped skin. “Please don’t question your bravery.”
I sucked in a breath, the release shaky.
His face inched closer to me, his minty exhale cascading
over my face. Suddenly, I was grossly aware of our closeness and the fact that
I didn’t want to push him away. I wanted him closer. Needed him to touch me.
The hand on my shoulder moved to the side of my neck, his
strong, calloused fingers tangling in my curly hair. Air entered my lungs in
short bursts, and I hoped he didn’t notice.
Trailing my open hand up his arm, the veins and muscles
contracted under my touch.
“Stop me, Zona,” he breathed, his lips ghosting the skin
near my earlobe.
I shook my head, tilting back to give him better access to
whatever he wanted.
Stop him? There was a chance I was going to forget how to
breathe. It felt as if all of our quiet moments had led up to this one. It felt
out-of-the-blue and so incredibly right.
He snickered, the small puffs of air escaping his mouth
jolting me slightly.
I clung to him, yearning for the smallest touch.
“Good,” he said, right before he pulled me close, his lips
barely touching my skin.

A chocolate
mistress, Cassie Graham is a born and raised Arizona girl. Her sass knows no
bounds and almost always has something kind to say, no matter the situation.
She runs a platform of love and strives to bring those attributes out in every
book she writes.She started writing early in her high school career after an English teacher
forced her to write in a journal. Four years and thirty-something notebooks
full of words later, she found her passion.

If Cassie isn’t shoulder-deep in writing a version of a fairytale, you can find
her front porch sitting with her husband and daughter, eating all the bread,
gossiping with her best friends, visiting Disneyland, supporting strong women,
listening to cheesy music and reading great books by amazing people. She loves
binge-watching Supernatural, drooling over Dean, Sam and Cas, and going to
conventions. She also enjoys spreading love any chance she can. So, if you run
into her, give her a hug or a high-five. She guarantees they’re magic.

Author of Unable to Resist, Anyone But Him, The Truth of a Liar, Enchanting
Wilder, Surviving Wilder, Who Needs Air, The Girl Behind the Red Door and Maybe
Ever After.