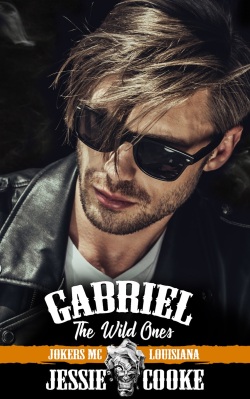 Gabriel Broussard grew up in the swamp, wild and free, fun-loving and accident prone.
At sixteen years old, his life was changed forever when his beloved parents were killed and he was sent to live with his heartbroken grandparents.
Gabe didn’t find what he needed there, but he did find it a few miles away, deep in the swamps of New Orleans in a clubhouse full of Jokers.
Gabe’s life becomes all about Harley’s, parties and women, but when he’s shot in an attack on his club, fate will launch him head first towards his first real love, and into the adventure of a lifetime.
Patrice Leboux just met the man of her dreams, and that led to the discovery that her entire life had been a twisted road of lies and deceit.
She would soon come face to face with the man who had given her life, but claims to not know she ever existed.
When the rough, tattooed biker denies remembering her mother as well, Patrice is ready to write him off…that is until she realizes she might just need him, to solve her mother’s murder.
Gabe and Patrice are connected by more than their feelings for each other. The infamous president of The New Orleans Jokers will be at the center of their love story whether they like it or not, and once Blackheart is involved, they both better be ready for the ride of their lives.