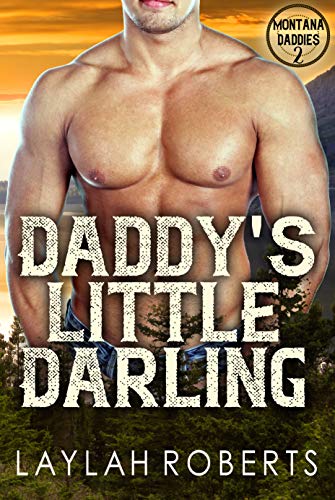 Available on Amazon and FREE in KU

Instead of acting annoyed or impatient, he crouched down in front of her. Then to her surprise, he reached out and gently grasped hold of her chin, raising it. She tried to turn her face away, not wanting him to see the pain and humiliation that was no doubt stamped on her face.

“Look at me,” he commanded in a low voice. But unlike earlier, his tone was soft. Almost tender.

And that was worse. If he’d growled at her, she probably would have found the gumption to climb to her feet and tell him where to go. Maybe. Possibly. But this tenderness had her floundering. And she found herself having to blink back tears. One must have slipped free, because he reached out with his thumb and wiped it away. Her heart caught then skipped a beat. He held her firmly but gently and the look in his eyes…well, she could almost imagine he cared.

Even though she knew that was ridiculous.

“Sorry,” she muttered. “Always been a bit clumsy.”

“I think I should be the one apologizing,” he said dryly. “First I make you sprint to keep up with me and then I stop without warning and send you flying. And all without telling you where we’re going.” He sighed. “I’m afraid I’ve never been one to explain myself and I seem to get worse the older I get. I’m used to having my own way.”

She wasn’t quite sure why he was telling her all this, but she nodded.

“Um, I’d like to get up.” Before anyone else came along and saw them.

He tilted his head to the side. “You in any pain?”

Well, her ass now throbbed and she was pretty sure she’d have a nice bruise there, but she shook her head. “I’m fine.”

His eyes narrowed. “You want to reconsider that answer? Because lying will get you into trouble, little girl.” 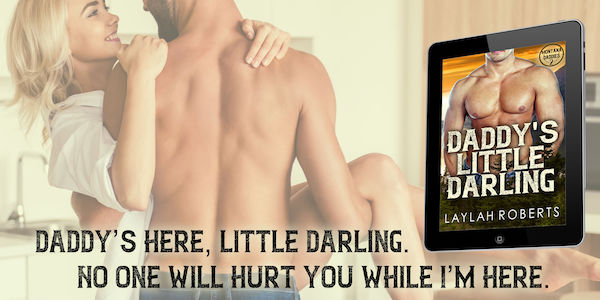 BLURB:
She was desperate, homeless and alone…
Charlie was used to fending for herself. She wasn’t necessarily that good at it, considering she was currently living in her car, but it was the only life she knew. She didn’t have family or friends and she certainly wasn’t used to anyone caring about what she did.
Then she takes a temporary job on Sanctuary Ranch, where the men are all dominant and alpha and the woman are cherished and protected. And suddenly there are rules, and consequences for breaking them, and she isn’t certain how she feels about that. Considering the man acting as her guardian is also her boss, and the sexiest, most dominant man she’s ever met.
He’s blunt, gruff and used to getting his way…
Clint likes to be in control. Craves it. What he doesn’t like are surprises. And that’s exactly what she is. A complete and utter shock to the system. She’s in need of a protector, a Daddy to take care of her.
But that someone can’t be him.Contains one totally Alpha Daddy Dom and a woman who manages to tug at his every protective instinct.
FOLLOW LAYLAH FOR RELEASE ALERTS → http://bit.ly/2Z1XTzo
About the Author:
Laylah Roberts grew up in rural New Zealand. She worked her way through several libraries, devouring romance books. She finally worked up the courage to write her own story and she’s never looked back. She loves dominant, Alpha men who meet their match in her strong heroines. When she’s not writing, she’s busy running after her young daughter and trying to tame her never-ending pile of laundry.
You can find her here:
Facebook: https://www.facebook.com/Laylah-Roberts-382641431777333/
Bookbub: https://www.bookbub.com/authors/laylah-roberts
Newsletter: https://landing.mailerlite.com/webforms/landing/p7l6g0
Twitter: @laylahR
Amazon: https://www.amazon.com/Laylah-Roberts/e/B008068KI0
Website: http://laylahroberts.com/index.html