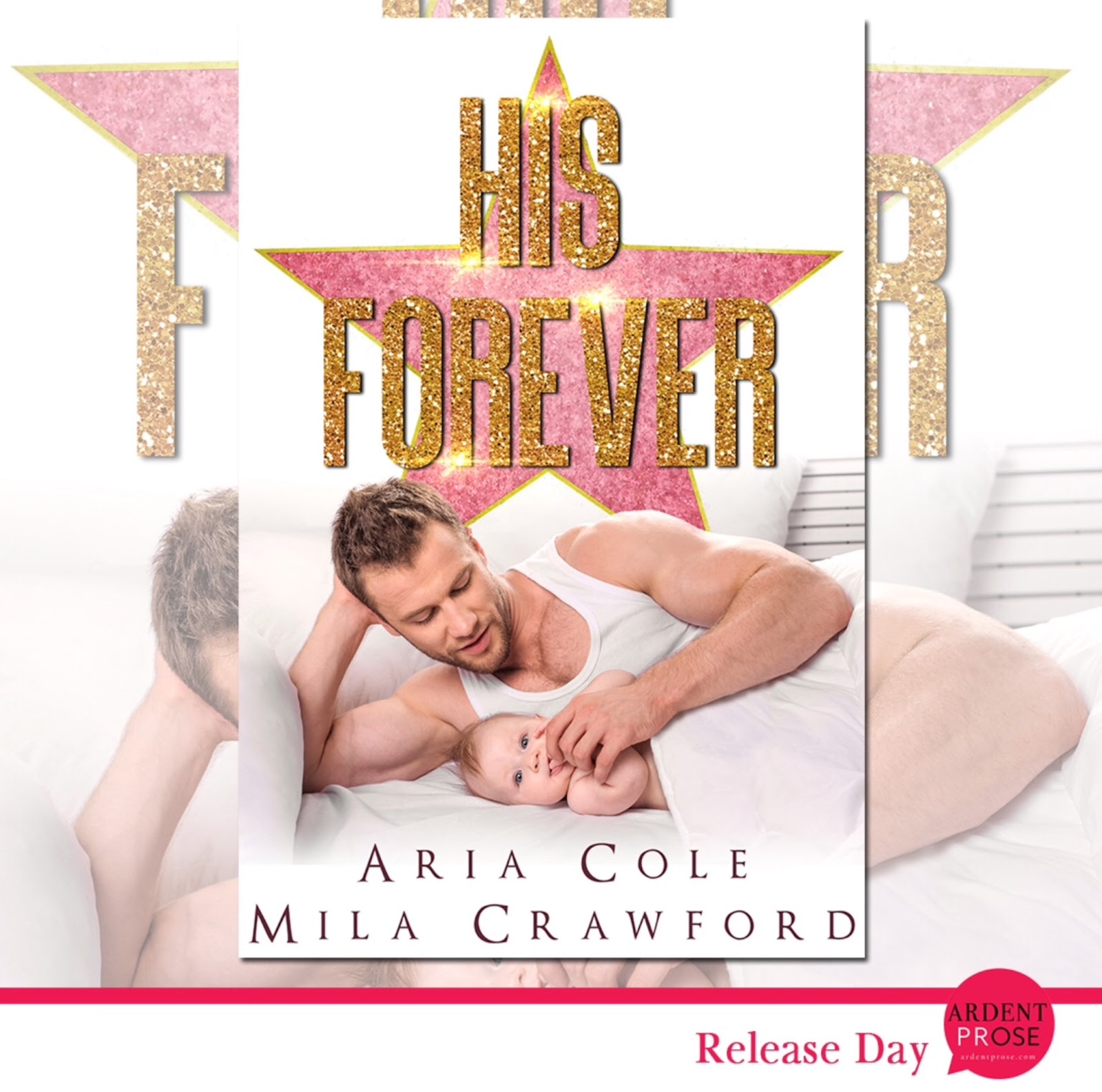 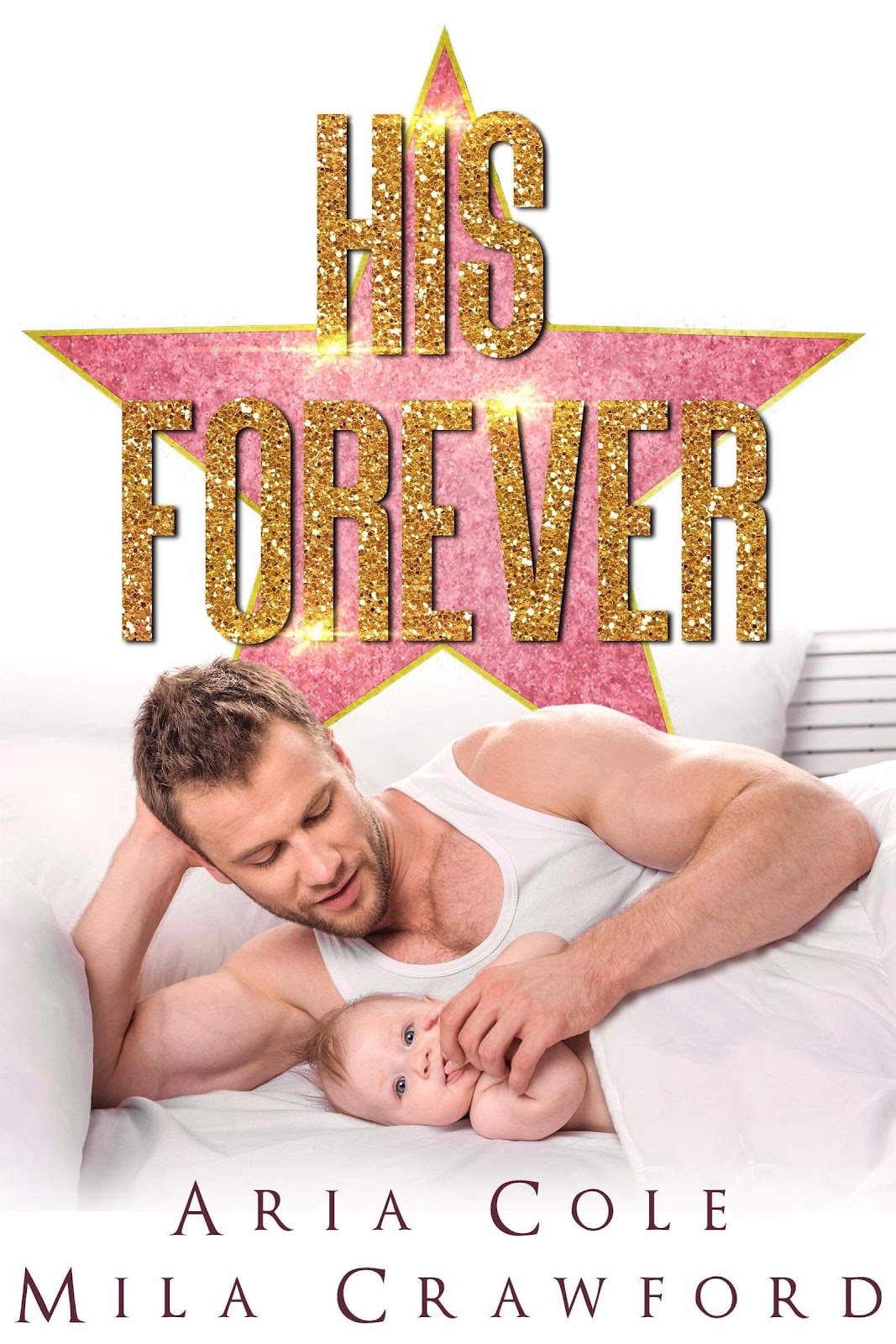 Mitchell Holden was Hollywood’s it man. Everyone wanted a piece of him.

He was living the life and riding high on success until a late night phone call sent his world spinning.

but the one role he wasn’t ready for was playing the part of father to a kid who wasn’t even his.

Anna O’Rourke would do anything for children in need. She’d dedicated her life to helping kids in the system.

Her once in a lifetime assignment isn’t what she expected.

The Jane Doe baby she’s been assigned to might just be related to Hollywood’s leading man.

Becoming overnight parents isn’t easy for anyone, not even a seasoned social worker or a man who’s got the world at his fingertips.

Anna and Mitch come from two different worlds, but find common ground in the little girl they both love.

I liked it better when you couldn’t get Wi-Fi in the air. Now even on a transatlantic flight to Japan, I can’t escape my agent. She’s like a goddamned predator in Hollywood. Not that I’m complaining about the roles she gets me or the price she has me command, but sometimes a guy just needs a little downtime——like seventeen hours to catch some desperately needed z’s.

Mitchell Holden, pick up your phone!

I toss the latest iPhone onto the empty seat behind me and ring the call button for some Scotch. The seat reclines all the way into a bed, and I let it go all the way back, despite just having ordered a drink. Press junkets make me crazy—a whirlwind trip to every international hub in less than a week. I just want it over and done with, and I don’t care that Marina Ovard wants to brief me on who will be meeting me for press or interviewing me after the screening. I wish I had an assistant, someone to pick up the slack. I guess it’s Marina’s job, but she drives me crazy with her hounding. Maybe what I need is a body double.

I tear the sleep mask from my eyes as the jet bounces down in Tokyo. I sit up with a smile and feel proud of myself for squeezing in so much shuteye. After freshening up in the bathroom, I retrieve my phone. Ten thousand missed texts from Marina—as is to be expected.

Your arrival has been leaked. Expect pandemonium at Haneda.

FML, I text back to her.

Now I’ve got to muster a ten-million-dollar smile because my deplaning will be all over the news. The premiere isn’t until tomorrow, so maybe I can catch some downtime at the hotel before nonstop interviews and appearances until we leave for Australia tomorrow night.

Holden, this film could have been a catastrophe without the right names attached. Misty will meet you at the theater. Please try to act like you like her—it sells more tickets!

Act like I like Misty Ford. Piece of fucking cake. Even though her voice grates on me and her insipid smile makes me feel dubious about whether or not there’s a brain in her head. I don’t care that she modeled for Victoria’s Secret or scores cosmetics deals with higher price tags than most professional athletes. She’s a vacant shell who can’t even have a decent conversation about food, or feminism, or politics—the woman is the definition of an airhead.

I wonder if all the dudes in garages and basements and bachelor pads across America would take down their posters of her in a bikini if they could just have a conversation with her. Probably none of them. I’ll take a woman who is interesting and has more to lean on than a pretty face over a hot piece of ass any day.

But Marina likes me to play nice, to pretend I’m hanging on every word Misty says. “Put a hand on the small of her back as you walk toward the interview. Whisper something cute in her ear so she blushes on camera.” Sometimes I feel like my whole fucking life is orchestrated by Marina Ovard. Don’t get me wrong. I’m not complaining. Thank God for Marina, and thank God for my career. A lot of people run away to Hollywood, praying for the technicolor dream—very few of them actually ever make a living off their craft. Most people end up selling out, especially the people who come from my kind of background.

My mother died when I was four and my little sister Karina was just two. But I’m grateful for that too because at least she didn’t have to sit around and watch my dad deteriorate. Witness him going from a successful farmer to an alcoholic as the fields dried up. Our house went from quaint and cozy when my mother was alive to derelict and downright hazardous by the time I was in high school. I tried my best to look out for both of them, I really did, but Dad drank away every check until, eventually, we even lost the shitty house I grew up in.

As for Karina, she was a mess by the ninth grade. It’s a wonder the authorities didn’t take her in, considering she ran away as much as she did. I got a full-time job the second I graduated high school. We were living in a low-income apartment complex by that time. It looked like a strip mall—laundromat and liquor store just steps from the front door. At least my father wasn’t driving anymore. When I moved to LA, I promised Karina and my dad I’d come back for them as soon as I could. Problem was, by the time I got enough cash saved working as a stunt double, Karina was gone.

I sent dear old Dad a check every month, more than enough to move out of the dump. But by that time, the man was a zombie. The alcohol had gotten to his brain and affected his cognition. He just wanted to drink—to die in his chair with his bourbon and bad television.

I’d tried begging him to go to rehab, and he’d looked at me like I was crazy.

“Son, California done went and turned you into a fruit! What am I gonna do? Play guitar in front of the fire with those folks? Drinking health smoothies? I’d rather shoot myself in the foot than go to your camp.”

“Great, because that’s essentially what you’re doing, Dad. Karina isn’t coming back. Neither is Mom. This is your last chance to make something of this life. I already paid the down payment for your spot.”

“I’m not gonna go sing ‘Kumbaya’ with a bunch of addicts. That’s what got your sister so screwed up. Those pills are the devil’s work.”

My dad sure had a disparaging opinion about addicts for being one himself. He stayed in Kentucky no matter how hard I tried to persuade him to reach for something else.

Karina was another matter. As soon as I had the money, I hired a private investigator to look for her. The leads were few and far between, and the detective told me it’s nearly impossible to find those who don’t want to be found. She was off the grid. Addicts didn’t leave behind paper trails.

So I trudged on ahead, working flick after flick and making more than enough to get by as a stunt double. That all changed when I walked on set to film my first stand-in as Milan Chamberlain’s body double. Chamberlain was an established star. He lorded over Hollywood blockbusters like no one else, and me, Mitch Holden…well, let’s just say that I wasn’t the first to notice we looked more than a little bit alike. Marina was his agent. It was the first time I’d met her on set. She was a fucking cyclone and wouldn’t take less than a hundred and ten percent. She liked my work ethic, Kentucky boy through and through.

“You know, you’ve got more charisma than Chamberlin. That boy’s swagger is painted on in makeup, but I know the real deal when I see it. You’ve got star power, kid, trust me.”

I really didn’t trust her. She was one of those Hollywood powerhouses who would bulldoze through delicate situations. But by wrap time, she was drawing up a contract, having me come in for screen tests, and getting me new headshots.

The rest is history. I skyrocketed to fame in less than a year, scoring the roles Chamberlain had originated and making bigger bank for the same superhero franchises. From that December to the following April, I became a household name. Everyone wants fame, but no one talks about the stress of it. Every second of my life was micromanaged, and I jumped when they said jump. After I bought my first house in Los Feliz, I put all of my money into finding my sister Karina and getting my dad some help. You better believe I had skeletons in my closet that Marina hid from the public. I was a leading man, and showing the stains of my past, Marina assured me, could blow my future before it even started.

Aria Cole
Aria Cole is a thirty-something housewife who once felt bad for reading dirty books late at night, until she decided to write her own. Possessive alpha men and the sassy heroines who love them are common, along with a healthy dose of irresistible insta-love and happily ever afters so sweet your teeth may ache.For a safe, off-the-charts HOT, and always HEA story that doesn’t take a lifetime to read, get lost in an Aria Cole book!
Follow Aria on Amazon for new release updates, or stalk her on Facebook and Twitter to see which daring book boyfriend she’s writing next!

Sign up to get a NEW RELEASE ALERT from me!
http://eepurl.com/ccGnRX

Twitter  Facebook  Goodreads  Amazon
Mila Crawford
Mila Crawford is a book lover and has been around them one way or another her whole life. She is a fan of happily ever afters, sassy heroines, over the top alphas, and most of all safe reads.
Facebook   Newsletter Goodreads  Contact