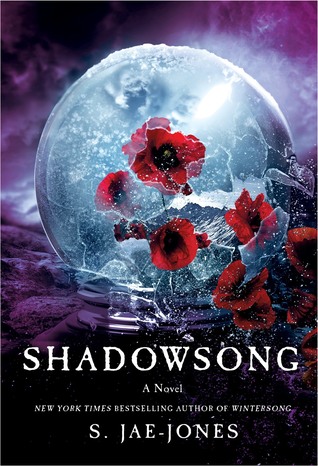 Six months after the end of Wintersong, Liesl is working toward furthering both her brother’s and her own musical careers. Although she is determined to look forward and not behind, life in the world above is not as easy as Liesl had hoped. Her younger brother Josef is cold, distant, and withdrawn, while Liesl can’t forget the austere young man she left beneath the earth, and the music he inspired in her.

When troubling signs arise that the barrier between worlds is crumbling, Liesl must return to the Underground to unravel the mystery of life, death, and the Goblin King—who he was, who he is, and who he will be. What will it take to break the old laws once and for all? What is the true meaning of sacrifice when the fate of the world—or the ones Liesl loves—is in her hands?

What a satisfying conclusion.

I absolutely adore this story and the world that S. Jae-Jones has built in these two books. I feel as though these two books are some that I will always come back to. They are timeless and magical. That being said, I enjoyed Wintersong much more than I did Shadowsong for a variety of reasons.

Firstly, this book was very confusing at times. There were moments when I would shout, “THIS MAKES NO ******* SENSE.” And sadly I am still confused about some things. Second, there were a lot of unanswered questions. We still really don’t know why or how the Goblin King became the Goblin King. His past is still very much a mystery. We also still don’t know how he came to find Liesl in the first place. Also a lot of stuff about Liesl’s family history was hinted at but never explained. Thirdly, I was able to guess the ending and most of the twists at least halfway through the book. The air of mystery and surprise was lacking. Finally, there was a severe lack of the Goblin King in this book. He was barely in it, he appeared at most maybe ten times. Due to his absence there was also a lack of romance in the book. The reason I could not give this book 5 stars is because I felt like there was something missing from it, and that something was the Goblin King. He was such an amazing character in the first book and it is really sad that he took a backseat in this one.

All in all I did really enjoy this book and it is one that I will be thinking about for a long time. Especially because I FINALLY know what the Goblin King’s name is.