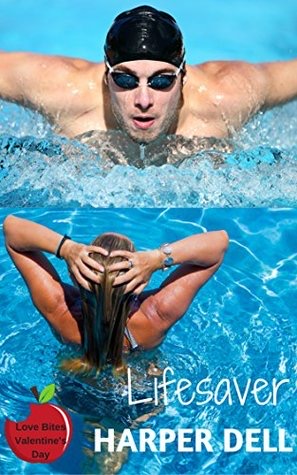 If you’ve ever felt insecure about your body, you’ll love Cathy’s journey to confidence, with a little help from a hot man.

When Cathy, a school teacher, is told she needs to learn to swim in order to take the children on a field trip, she is horrified. She has always been a large woman and wouldn’t be caught dead in a swimsuit. It’s bad enough when she realizes the swimming coach is a man, but when she discovers he’s the hunkiest divorced father at her school, she is mortified.

Only, she soon realizes that swimming lessons with him aren’t that bad. In fact, she begins to look forward to them – to cool water and warm hands, to the safety and trust that he offers. Over time, something changes between them. The cold shivers she feels are no longer caused by the water. Could a gorgeous man like Dan really be attracted to a woman like her?

When Dan wangles his way onto the school field trip, she soon finds out. Only Dan doesn’t want to disrupt his son, Ricky’s life. But when Ricky has a medical emergency it’s Cathy’s life that just may change forever.

Cathy is a woman who is not very secure in her appearance. She is a beautiful woman; however curvy and plump. She believes it’s because of her weight that she has bad luck with relationships.

Until she meets a man who is the epitome of a dream come true. He is gorgeous, sexy and interested in her! But will Cathy let her insecurities get in the way of what is probably the best thing to ever happen to her?

Dan is a single father, recently divorced. His only goal in life right now is to provide his son, Ricky, a stable and happy life. The last thing Dan should do is let himself be distracted by a woman. But that happens despite his efforts to keeps things with Cathy casual.

Dan and Cathy develop deep feelings for each other. Hearts are involved now and that was not in Dan’s plans. Both Dan and Cathy decided to keep their relationship hidden for now. Dan did not want any disruptions in Ricky’s life. Cathy was Ricky’s teacher and could very well lose her job.

A situations occurs which breaks them up. Cathy is heartbroken and Dan is not fairing much better. But then a second incident happens that prevents them from avoiding each other.

Can these two find a way to make it work?

Lifesaver was a safe, sweet story about two hearts falling for each other despite life getting in the way. The pace was steady and I read this book pretty quickly. Both Dan and Cathy were likable characters, however I didn’t feel a strong connection with them. That could be because I felt they were apart more than together. But that could just be me. That said, I did enjoy the book. Harper Dell has a few other books in this Love Bites holidays series that I would definitely like to read.