Review: “The Only One” A One Love Novella..(part of the 1001 Dark Nights series) by Lauren Blakely 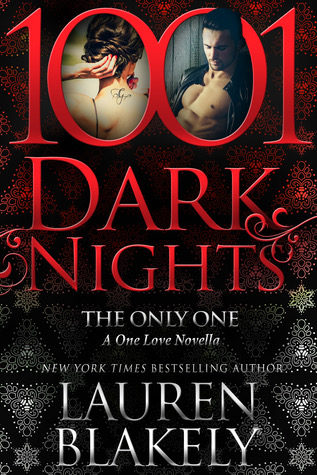 Let’s say there was this guy. And he gave you the most mind-blowing night of sex in your life. And you never saw him again.

Now, it turns out he’s the ONLY ONE in all of Manhattan whose restaurant is available the night of my charity’s gala.

The trouble is, he doesn’t recognize me.

This woman I’m working with is so damn alluring. The first time I set eyes on her, I’m captivated and I can’t get her out of my mind. Even if it’s risky to tango with someone I’m working with, she’s a risk I’m willing to take.

The trouble is, she won’t give me the time of day.

But I’m determined to change that.

THE ONLY ONE is a standalone novella following characters first introduced in THE SEXY ONE (Gabriel) and WELL HUNG (Penny). 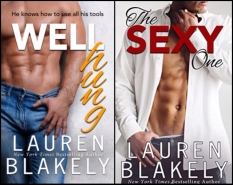 The Only One: A One Love Novella by Lauren Blakely

“The Only One” A One Love Novella is by author Lauren Blakely.
Part of The 1001 Dark Nights novels
Published: December 6, 2016

My review will be brief since this is so short. I believe you will want to experience their romance for yourself without any spoilers.

Penny and Gabriel met ten years prior in Spain. They only had a few days and nights together but it was enough that there was a strong foundation to build a relationship on.

Penny left Spain and Gabriel promised to meet her in a month at a place they both agreed upon.

Ten years later at a chance meeting, Gabriel does not recognize Penny.
From that moment on, after Penny’s initial hurt and anger are forgotten with Gabriel’s explanation of why he did not show. As their relationship grows and develops, Gabriel and Penny realize they both want a future together.

Gabriel and Penny are perfect together, and for each other. Aside from their mutual heated chemistry and passion, they were deeply in love. Sweet, mushy, sugary love and adoration. A sigh worth romance.
So glad I read it.

Just a note… Although this is a standalone story it spins off from Lauren’s Men of RomCom series. It is in those first novels we are introduced to Gabriel and Penny.