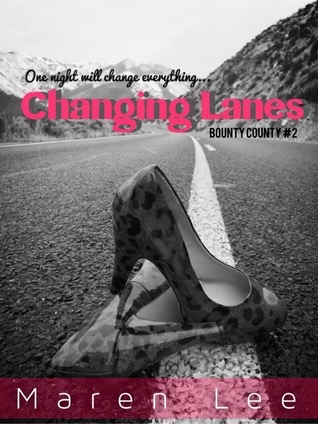 Lane Bennett is the new hotshot lead public defender of Bounty County. A transplant from Chicago to Montana, Lane ran from the big city to escape a bad breakup, a far-too-stressful job, and all the anxiety issues that came along with it. But kicking ass and taking names as a small town public defender often pits her against the hottie Sheriff’s Department deputies. In order to win, she has to make them look bad. Lane, “the evil harpy,” as they call her, is not one of their favorites.

Sergeant Jake Hamilton is a veteran in the Bounty County Sheriff’s Department. He and Lane have walked along a rocky road since the first night they met. But after an alcohol-fueled evening resulting in rocking the bed with the sexy redheaded lawyer, Jake decides he is going to woo her.

Complicating matters, however, is that Lane is about to take on the biggest case of her career. A beloved city police officer was allegedly murdered by her client, a non-violent man with a heavy criminal past. But something doesn’t quite smell right and Lane begins to suspect corruption. The problem is, she needs the Sheriff’s Department to help her shore up her defense. And she needs Jake to protect her from the danger in which she suddenly finds herself.

Will Jake be able to convince Lane that their connection is more than just lust? Will the conflicts of interest be too much to handle? When a surprise rocks their world, will Jake step up and prove to be the man Lane simply cannot live without?

Changing Lanes is Book 2 of the Bounty County Series. Each book is standalone and can be read on its own, but it’s helpful to read the series in order to fully understand the characters.

WARNING: 18+ this book contains adult themes, explicit sex, and lots of swearing. Do not read this book if you don’t enjoy these things.