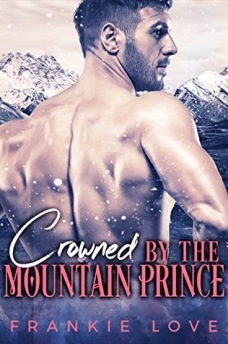 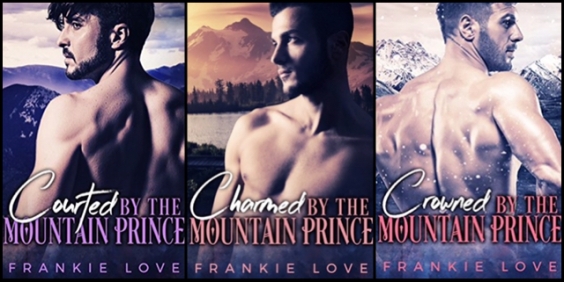 If I have to marry a Princess I’ve never met, let’s have a little fun first.

I want to know what I’m dealing with.

It was only supposed to be an afternoon in disguise, but then a snowstorm hits and everything changes.

Now I’m spending the night in a cabin with the most beautiful woman I’ve ever seen.

A woman who has secret fantasies … ones I can fulfill … so long as she thinks I’m not royalty.

Turns out, neither of us are what we seem.

But that’s just because I believe in true love and happily-ever-after’s.

This arranged marriage dashes those dreams.

But then the Prince’s bodyguard with deep blue eyes, broad shoulders, and a protective hand shows up.

Maybe I can still have what I’ve always wanted–a man who sweeps me off my feet.

I have one night to bring my fantasy to life.

This is the final Mountain Prince book and is unabashedly my favorite. Grab a copy, snuggle up in a faux fur blanket, and pretend Prince Lucas is all yours. I bet he’ll even let you polish his crown.

This is book three in The Mountain Prince series. The last of three sisters to wed; now it’s Princess Dahlia’s turn. She will marry sexy mountain prince, Lucas.

Dahlia is not happy about marrying Prince Lucas. Dahlia believes in true love and always hoped she would marry a man that she was in love with. Of course her husband would love her just as much. Now because her father arranged a marriage for her in exchange for a very large dowry, her hopes and dreams of true love are crushed.

Dutifully, Dahlia will go through with the marriage to help save her father’s kingdom. Just like her sisters before her have done. However, Dahlia’s sister’s marriages turned out to be the real deal…happily ever afters. Dahlia hoped to attain the same happiness in her upcoming marriage; sadly she didn’t believe she would have their same luck.

Prince Lucas was not thrilled to be getting married. It was not that he hated the idea of marriage. He just didn’t believe a woman would love him for himself. Only for his crown and vast wealth. His concern was justified because he would be king. But Lucas loved and respected his father dearly. He would do anything the king asked of him. Lucas’s father has been ill for a long time and sadly, he would not live much longer. The king’s wish was to see Lucas marry. So Lucas would make sure his father got his wish. Lucas would marry the princess his father chose for him. But Lucas wanted to meet her before the wedding. Under false pretenses, he would pretend to be someone else with the hope that she would be who he hoped, an honest, caring woman who could love for reasons that had nothing to do with status or wealth.

Of course, Prince Lucas pretty quickly discovered that he regretted his deception. Princess Dahlia was a delightful surprise. She was beautiful, kind and caring and he quickly fell for her. Lucas was worried about her reaction to his deception. What would she say or do when the truth is revealed?

I won’t say more because this story is short and you should experience Lucas and Dahlia’s romance by reading it for yourselves. I absolutely adored this story. I loved Lucas and Dahlia together. We also get visited from Dahlia’s sisters and their princes as well as her father.